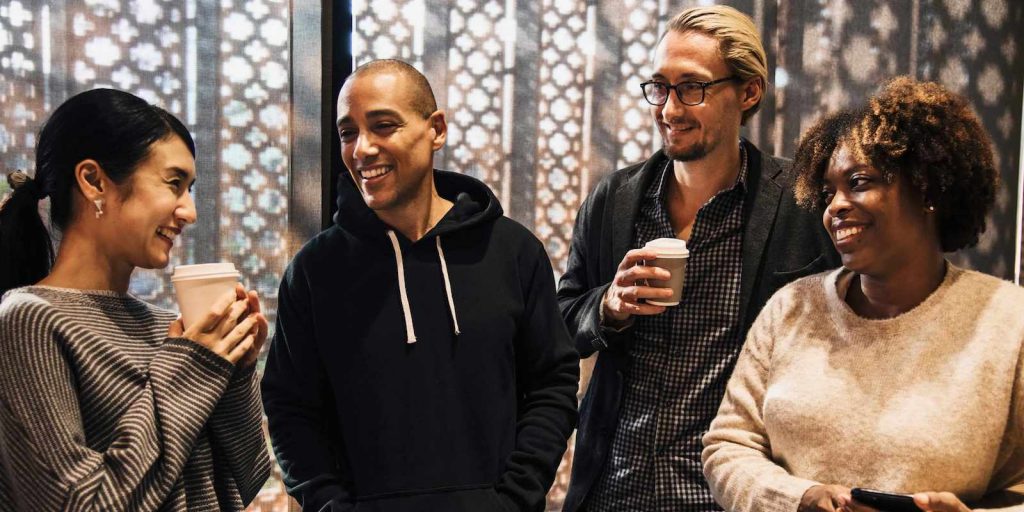 I had committed to writing this piece before George Floyd’s death and the protests that followed. Diversity and Inclusion is an area I’ve gravitated to in my career in human resources, and have found myself challenging inherent biases and advocating for better representation in the companies I’ve supported. While the recent protests have brought police brutality to the forefront of our minds in the United States, larger issues of racial injustice and discrimination have surfaced, as more and more of us are coming to understand the inequality that exists in our country especially as it plays out across racial lines.

Now more than ever, we as the church have a responsibility to understand God’s heart for diversity and learn how we can respond from a Christian worldview.

In this article I hope to look at why Christians should care about diversity in tech and work in general, and why diversity in the body of Christ matters. Diversity is a good in and of itself because it showcases God’s good creation, a human race created in the image of God.

What is God’s heart for diversity? We can find the answer to this question in the creation story. According to Genesis 1, humans are created imago dei, in the image of God. Because of this fundamental idea, all humans have equal value, regardless of race, gender, ethnicity, etc. But not only are humans created in God’s image, endowing them with dignity and glory; God also created human beings to be unique. According to Acts 17:26, From one man he made all the nations, that they should inhabit the whole earth; and he marked out their appointed times in history and the boundaries of their lands. God did not intend for all humanity to look the same; he created us with diversity, yet as one human community.

Unfortunately, one aspect of systematic racism we’re seeing in our country stems from a fear of a minority that historically our country has seen as “the other: African Americans. A woman calls the police when a black man in a park asks her to leash her dog. We’ve come to fear those who are different from us. In stark contrast to this attitude, we as Christians can actually take the opposite approach – we ought to seek to be reconciled to each other, including those our culture may label as “the other,” as God reconciled us to himself. Jesus’ death and resurrection creates a new human race whose identity is found in Christ (Ephesians 2:13-16). We no longer respond in fear to those of different races; we embrace them with open arms.

So how does this theology translate to cultivating diversity in our workplaces–particularly in the tech industry?

It might be helpful to start off with what diversity might mean to different people, and what it currently looks like in tech. If you work in tech or a related industry, you’re likely familiar with Diversity and Inclusion programs. For some folks, the words evoke a positive connotation – they see diversity as a key component in a company for building a healthy workforce, ensuring underrepresented groups are not only hired but heard and valued. Others may have fears of a “PC police”, fearing that voicing a conservative viewpoint to their coworkers will lead to shame or punishment in the workplace, or that if they don’t identify as a minority, they’ll face reverse discrimination.

While many tech companies now have entire departments dedicated to diversity and inclusion, certain Silicon Valley tech companies still have a reputation for lack of ethnic and gender diversity and the problems that accompany it. At the extremes, we hear stories such as the atrocious behavior at Uber that this brave woman blogged about. Other forms of sexism could be more subtle. Comments like “these guys from that team are killer coders” in reference to a group that includes both men and women reveal potential underlying assumptions about men’s ability to perform technical tasks better than women. Some recruiters have sat in meetings in which a hiring manager states the desire for candidates who “have been coding since they’re little kids,” suggesting implicit favor for boys who are more likely than girls to be socialized to play with a computer from a young age.

Examples like these point to the need for programs and discussions that work toward a more diverse and inclusive workforce. Yet beyond creating such programs, we should consider the reasons we want more diversity to begin with.

The business reason I’ve heard most frequently for why diversity matters in tech is that it takes a diverse team to build a product that is truly for everyone. For example, if only young, Caucasian American male engineers, designers and product managers build out a Voice AI, we would expect the product to not understand female voices in a nuanced way; to have a difficult time with the voices of children or the elderly, or people who speak languages other than English; or those with accents, and so on. In other words, we need a diverse team to build a global product.

I agree with this reasoning, but I believe for Christians, it goes deeper. Because we believe in imago dei, we are motivated to build teams with diversity – not only of race and gender, but also cultural background, native language, and ability because we know the image of God is inscribed in all people, not just those who look like the majority of those currently working in tech.

Diversity in The Church

Looking at the theology of diversity, we should also ask what we can learn about God’s vision for a diverse church body. The first Christians in Antioch (Acts 11:19-26) came from a variety of ethnic backgrounds – Jews, Africans, Arabs, Syrians, and Asians. We see a similar vision for eternity: in Revelation 7:9, we see nations, tribes, people worshipping together at the throne of God. The rich diversity of the human race will not disappear in eternity. This vision ought to inspire us for the type of church we are building now. God did not intend for us to all be alike in our appearances, cultures, professions and languages. Engaging with others from different cultures is scary, but humbling.

One summer in college I spent 2 months in Kumasi, Ghana. Everywhere I went, I stood out like a sore thumb as the country had few white (or in my case, mixed race) people. I was able to attend a Protestant church one Sunday, and while the style of worship was quite different than I was used to (more dancing and shouting), the message of grace preached was the same, and the Christians embraced me with open arms, literally. The experience was eye-opening as it was my first time experiencing worship in a cultural style significantly different from my own.

When I started attending the church I now belong to in Boulder, I joined a small group of young adults, eager to build community shortly after moving from California. At my first meeting, I was surprised to find the group included a toddler, an infant, and two service dogs creating  background noise I wasn’t accustomed to, as previous young adult small groups I attended didn’t have children (or dogs, service or otherwise) present during the meetings. How in the world were small group members supposed to share vulnerably and connect with one another with so many distractions? I felt self-righteous in my annoyance at the situation. But as the weeks went on, I came to not only become less annoyed but to enjoy the messy but joyful dynamics of having folks with a diversity of backgrounds and life stages join together on Monday nights for dinner and discussion. It also taught me patience and grace, and God revealed how impatient and intolerant I can be when things don’t happen as I imagine they should, whether in a ministry setting or in other parts of my life.

There are countless examples many of us have seen in the media or through our own experiences of racism and racial injustice in the present day, but I’ll mention one example that has stuck with me over the last few weeks. In this Ted talk, sociologist Alice Goffman mentions an 18-year-old boy named Chuck, a high school senior she got to know in North Philly. One day at school, another boy calls his mother who struggled with addiction a “crack whore” and he pushes the boy to the ground. He is charged by the school police with aggravated assault, sent to adult county jail, where he stayed through almost his entire senior year, because neither he nor his family could afford to pay the bail. Eventually a judge threw out the charges; when Chuck tried to re-enroll, he was told he couldn’t since he was 19. Since he couldn’t afford the court fees after his release, however, a judge issued a warrant for his arrest, and he fled, and now lives life on the run.

I think about that story, and consider if a similarly aged boy from the neighborhoods I grew up in, or the one I live in now in Boulder, CO had done a similar thing – pushed another kid down in the schoolyard for mocking his family. I can’t imagine a scenario in these communities in which that boy would be charged with aggravated assault and consequently be unable to graduate high school due to being stuck in jail and not being able to pay the bail. Maybe Chuck would have been a candidate I recruited into a tech company, as a software engineer or a product manager. Maybe he would be worshipping beside us at a church on Sunday mornings, instead of fleeing the authorities.

Cultivating diversity when living in a neighborhood or city that tends toward racial and ethnic homogenization can be challenging. I’m fortunate to work at a company with a diversity of employee backgrounds – race and ethnicity being a major one, but also country of origin, and languages spoken. Depending on where we live, work and spend time (increasing online, especially in light of the pandemic) we will each have unique ways we may engage with and care for those different from us. Maybe it’s having a conversation with someone whose politics you think are unbearable. Maybe it’s having compassion for a friend on Facebook who posts something that seems critically directed at your demographic.

I believe we are at an inflection point in our history as a nation, but also as a church. Something has shifted in the minds and hearts of many Christians and we’ve realized we have to decide what side of history we want to be on. Similar to the priest and the Levi in the Good Samaritan parable, our eyes have been opened to the generations of injustice that have become institutionalized in the United States; will we turn our eyes away and keep walking, or will we stop and have mercy? Estelle was born and raised in the San Francisco Bay Area and attended Santa Clara University, graduating with a B.S. in Political Science and minors in English and Religious Studies. She has been in technical recruiting and HR for the past 6 years, with both agency and in-house experience. She lives in Boulder, Colorado where she enjoys cooking nutritious food, trail running, yoga, and reading nonfiction.