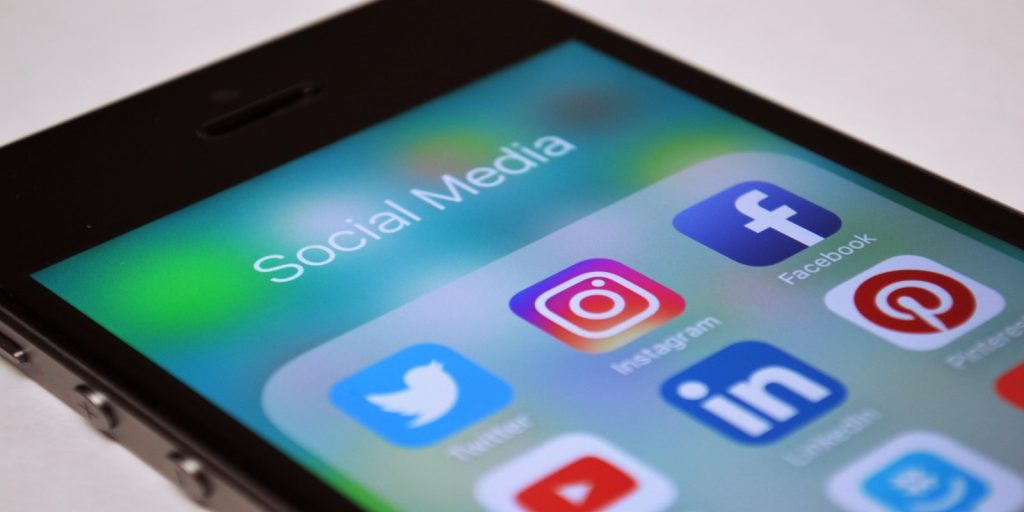 Is there really a secret Silicon Valley bunker where social media executives hatch their evil plots? After watching The Social Dilemma, a documentary produced by Netflix, you may conclude there is. The film presents itself as a kind of exposé of the social media industry, revealing the true intentions behind the online tools we use every day.

“We want to psychologically figure out how to manipulate you as fast as possible,” said Chamath Palihapitiya, former President of Growth for Facebook, in the film.

While the movie raises helpful issues about the addictive and unhealthy patterns social media can create (we’ll get to those later on), it also falls prey to one of its own criticisms. Sensationalism sells. Cultural critics have coined the term “outrage culture” to describe our fascination with content which makes us furious.

“There’s a reason there is so much outrage out there”, Shankar Vedantam said in a 2019 NPR interview. “It’s a very effective way to get your attention.”

The narrative of a global industry with hidden nefarious purposes certainly creates outrage and gets our attention. But is it true?

Let me give some perspective from ground zero. I serve as a Pastor at Peninsula Bible Church in Palo Alto, California. Facebook headquarters is 4 miles away. Google is less than 2 miles. LinkedIn is less than 5.

When I think of the social media companies which are radically changing our world, I don’t imagine faceless corporations. I think of the young adults whose weddings I’ve officiated. I remember the members I’ve counseled through dark periods of grief. I relive prayers with tech executives for career discernment.

Christians in high tech aren’t just limited to a few people at my church. There are corporate Christian fellowships at all the major tech companies in Silicon Valley. Google employees have hosted 24-hour prayer sessions. Social media companies are full of faithful Christians at all levels: from entry-level engineer to CEO.

I worked as a Product Manager in software development for seven years before becoming a pastor. My colleagues were well-intentioned earnest people with a drive to solve problems. That was the fuel for our frenzy: to develop an elegant solution to real-world problems.

Nick Kim, who works for Google’s YouTube, points out “the trouble the documentary gets into is when you start pushing the idea that these people are out to get you.”

“When we were making the “Like” button, our entire motivation was ‘can we spread positivity and love in the world?'” Rosenstein said in the movie.

Rather than there being nefarious purposes behind every decision, Rosenstein’s statement more accurately characterizes Silicon Valley tech culture. In 2019, the New York Times published The Church of Techno-Optimism. The author, Margaret O’Mara, suggests that tech companies are fueled by “an unwavering belief in the power of technology.”

It seems, then, that there are two extremes. The optimists, driven by firm belief in the problem-solving potential of technology forge ahead into new territory. Meanwhile, the conspiracists are convinced of the dark intentions lurking within every algorithm.

Christians are especially equipped for engaging with this kind of tension. Our understanding of humanity gives us the theological tools to avoid the dangerous extremes of naiveté and suspicion.

We believe in a creator God defined by His goodness who fashioned humans in His perfect image. His creative instinct lives within each of us. We affirm the optimistic drive to connect the world and solve problems through our innovation.

But we also acknowledge our own fragility and susceptibility to temptation. From the first pages of the Bible, we see humanity’s failure through overreaching. In fact, it was precisely because Eve “saw that the tree was good for food” (Genesis 3:6, ESV) that sin entered the world. It was her misplaced desire for something good that led her to transcend God’s command.

“The idea that teens would be getting depressed when they don’t have enough likes or it could be leading to political polarization was nowhere on our radar.” Rosenstein insists in the film.

We can sympathize with an industry in awe of the potential for good that technology offers but which sometimes stumbles into unhealthy consequences. Some might be unintentional repercussions while others are driven by greed. In either case, Christians are equipped to enter into those complexities with sympathy, boldness, and wisdom.

The restrictions caused by the COVID-19 pandemic are forcing us to send our people online for worship, Bible Study, prayer, and fellowship. As we do that, how do we disciple the tech optimist along with the conspiracist, aware of both the dangers and opportunities that social media affords?

In high school, I participated in a mission trip to the Big City. The church loaded suburban kids into vans and deposited them in an unfamiliar environment. Prior to the trip, leaders gave us instructions on how to navigate this new context. Don’t carry your wallet in your back pocket. Be wary of children selling trinkets or gum; they may be partnered with pickpockets. Expect to see more people in greater need, and deeper gratitude, than you’re used to.

These instructions helped us to minister to a new culture with a balanced approach of wisdom and compassion. There was nothing inherently evil about the Big City. But its particular dynamics allowed for a different kind of evil (and a different kind of good) than what we were used to in our suburban experience.

As we send our people into the big city of social media, we can prepare them in a similar way for the dynamics they will encounter. The Social Dilemma provides some of the information we need to do that.

At the heart of its message is to beware the algorithms used by social media. These formulas work behind the scenes to feed us personalized content in order to retain our attention. But instead of fearing the manipulative power of these algorithms, understanding them gives us the wisdom to interact online in a healthy way.

I’ll make three specific suggestions for us and for our people.

First, keep your valuables close. When we went into the big city, we were given pouches for our money and ID to hang around our necks inside our clothes. The danger of venturing into social media can be mitigated by protecting your valuable personal information.

“[Social media] has its own goals,” says Tristan Harris, former design ethicist at Google and co-founder of Centre for Humane Technologies, in the movie. “And it has its own means of pursuing them by using your psychology against you.”

But these algorithms can only use those parts of us which we turn over into its care. If we protect our most valuable information, we strip the algorithms of their power to manipulate.

Nick Kim continued, “Once people understand that when you put this video up, I can show it to anybody, if you’re not OK with that, you can make it private and then no one can see it.”

All the major social media companies have implemented privacy features to help you protect yourself. The danger arises when we don’t know what details we’re sharing. But no one can use information we don’t give them.

Second, use the algorithm to fuel your spiritual growth. Entering the big city as a teenager opened my eyes to people, places and realities I could never have imagined. In the same way, social media presents an opportunity to expand our world in powerful ways.

“Companies are really good at figuring out what works to keep people doing things over and over again.” Katelyn Cano has worked in technology personalization for over 7 years. “On the flip side, you can use that knowledge to do something more positive. The more good content you watch, the more good content you’ll get in return.”

Social media takes the version of ourselves that we present and make us ‘even more so’. In Facebook’s response to The Social Dilemma, they explained “we use [algorithms] to show content that’s more relevant to what people are interested in, whether it’s posts from friends or ads.”

The problem is that we often divulge our worst selves to social media. Assuming anonymity, we let our darker sides out, following click paths we’d never walk down in real life. Social media then nurtures that side of us by reinforcing those choices.

But if we present our best selves to these algorithms, they can actually help us to grow into the kind of people we want to be. Do you want to be informed about different sides of a political issue? Follow people with contrasting views. Do you want to grow in your love for the poor? Follow organizations who work with poverty relief.

Finally, look for new ministry opportunities. Bringing high schoolers into the big city allows them to minister in new ways. Over the last several months, churches have rapidly expanded their use of online technology for ministry. Can we encourage our people to do the same?

Angelo Blancaflor is the Evangelism Communications Manager for Intervarsity Christian Fellowship who works on creating digital resources for student evangelism. He told me the story of Cole, a student from Wyoming.

For years Cole hated social media until he was challenged to see it as a tool for ministry. After creating an Instagram account, he followed and messaged over 3000 people. His request was simple: “How can I pray for you?” 326 people responded in a month.

“Last month he hated social media.” Angelo described, “Now he’s so swamped with online prayer requests that he has to come up with a system to pray for them all.”

Angelo and his team have come up with a digital evangelism training resource, complete with badges and milestones to record progress. He points out that “College students are a barometer for what the church will see in 10 years.”

But we don’t have to wait ten years. We can teach our people now to see social media not as a way to kill time or showcase their latest fashion, but as a new context for creative ministry.

The algorithms which power social media today are neither nefarious nor altruistic. They are designed with a simple purpose in mind: deliver personalized content to attract and retain attention. As Christians, we can use that knowledge to engage rather than succumbing to outrage.

Father to five; husband to one; helping Christians engage thoughtfully as they follow Jesus Christ.

Pastor at Peninsula Bible Church in Palo Alto, CA since 2007. Graduated from Stanford University with a degree in Industrial Engineering and worked for Oracle Corporation as a Senior Product Manager designing software solutions.