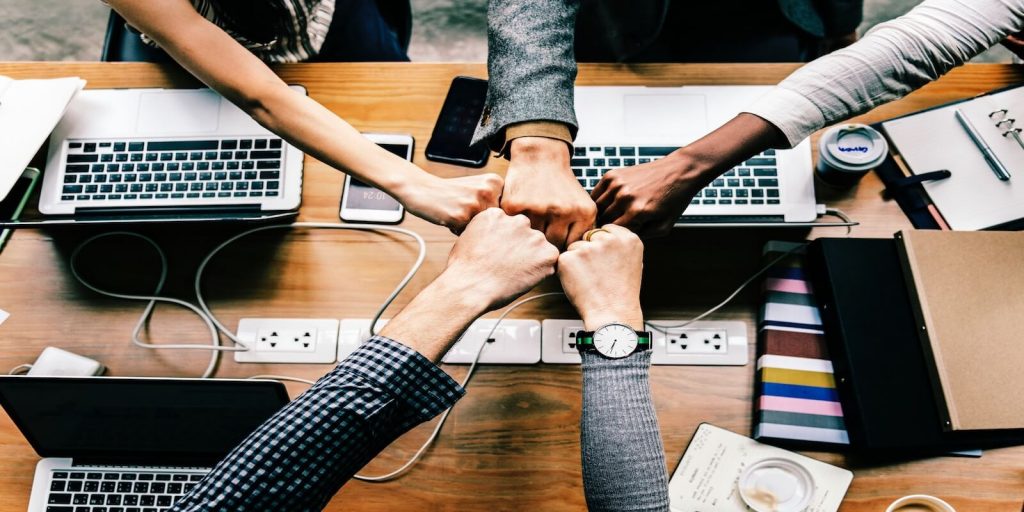 This article kicks off a new series of guest posts, in which writers share personal stories about how they practice their faith in the workplace.

Presenting a marketing brief to a prospective client; creating content for the micro-managing officer; bombarding a fellow teammate’s Slack account at a fanatical rate. These everyday tasks at a technology firm do not seem like segues to starting conversations of faith, but they can be.

Within the daily conversation, faith often comes to the forefront without a pretext. This can happen surprisingly in a company that lives and breathes technology.

When I first began connecting my faith to the responsibilities that I had within the workplace, I realized one of the best environments to learn “on-the-job” was within a business-as-mission company, which utilizes the business setup and platform to witness within the workplace. Being a business analyst in a business-as-mission company within the IT sector might seem like the perfect place to have a conversation about faith. However, it is not a conversation that most in my area might consider perfect. Living and working in South Asia, Christianity is a minority, so any conversation about faith is often met with mixed feelings.

Approaching work with a mindset of professionalism and common courtesy is just as important as keeping faith as a catalyst for a professional work ethic. Though I was considered an expat working within a business development team, I was also working amongst a team of individuals who were predominantly non-believers. As a result, being intentional about my faith also meant sharing it in a way that was relatable, not divisive.

Despite this challenge, working in an IT firm had its opportunities. Most projects are undertaken in teams or groups, so building rapport with teammates is crucial to finishing tasks on time and to a high standard. Having the audacity to start a conversation with someone about faith requires intentionality, but it also requires being genuine.

I recall completing a final draft of an article to be uploaded to a blog section of a company site. For review, I asked a colleague to have a look through it. This colleague was not a Christian. In fact, he was a follower of a religion completely different from Christianity. It was also striking that my article was on a topic that clearly mentioned issues of faith and forgiveness. Although it was a normal part of the content schedule to upload daily postings onto the site, I had intentionally been focusing on issues of faith. I specifically enjoyed drawing examples from everyday life, even lessons from the workplace, and illustrating biblical truths through spiritual undertones.

My colleague ended up confiding to me that he had always wanted to learn more about people of faith, but never had the chance to. I recommended several biographies of Christian men and women of faith, which I ended up lending to him over the course of time. He often would tell me how much he appreciated their life and faith, which opened up further conversations. But it all began with using technology – a blog on our company’s website – as a tool for opening up genuine conversations about faith.

Sometimes, conversations can pave the path to learning more about a life of faith. Other times, it may be our character, work ethic, and integrity: how we handle decisions at the office or complete our work on time. It could even be the effort we put into our role beyond the “call of duty.” But they all point to a greater reality in which we are witnesses to others of the God we serve.

We are all called to love God and to love others, and the two are supposed to work together. While we spend a huge part of our lives in the workplace, being a witness there can still be a challenge. Even if you are branded as a micromanager, or worse still, as a fanatic, being able to exemplify your faith through your everyday tasks and work responsibilities can become your best witness.

Joseph is into all things tech and recently returned to Australia after spending the past year working with a business-as-mission company based in South India, Olive Technology. He currently serves with Teen Challenge, working at HQ in the Communications department and also writes about his experiences experimenting with IT processes and engagement for several publications. In his spare time, he loves to read biographies and play basketball.