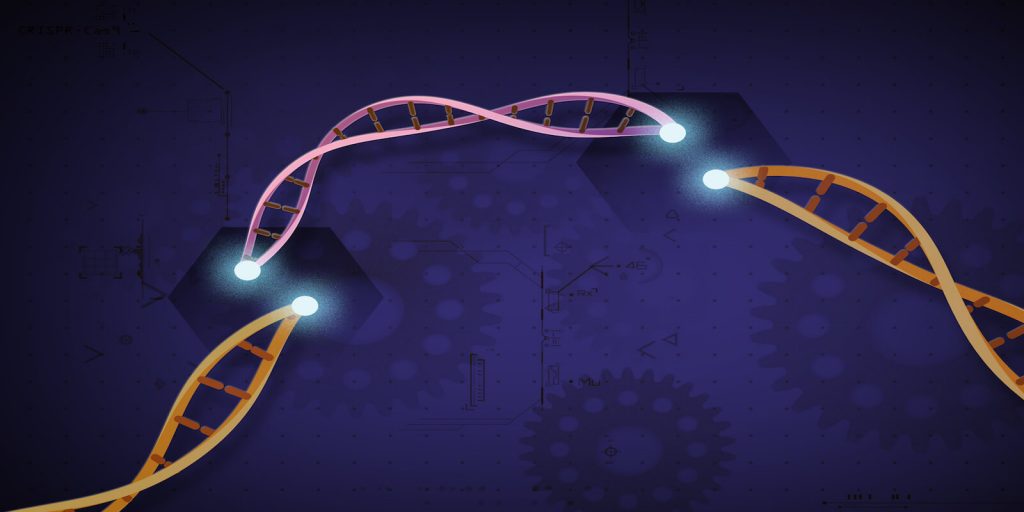 Imagine that you’re a researcher attending a distinguished international biology conference. During one of the talks, a young scientist announces a secret experiment he’s been working on for some time.

He claims he has just created the world’s first genetically-modified babies.

How do you feel? What sorts of thoughts are racing through your mind? Can this be true?

It turns out that this scenario isn’t just your imagination.

It has actually happened.

Dr. Jiankui He, a researcher from Southern University of Science and Technology in Shenzhen, China, unveiled his work at the International Summit on Human Genome Editing at the end of November 2018. He claimed that he used a gene-editing technique called CRISPR on human embryos, which were implanted and born as twin girls.

What is CRISPR, and what does it do? CRISPR is a technique used to edit DNA. In simple terms, it involves two players: genetic “scissors” (Cas9) to snip the DNA and a guide (gRNA) to show exactly where Cas9 should cut (Figure 1). CRISPR is powerful because it allows researchers to change DNA in a very precise and customizable way. For example, you can use CRISPR to remove or insert pieces of DNA in almost any location you choose. Figure 1: The CRISPR system. Cas9, the genetic “scissors,” finds and cuts the target piece of DNA with the help of the gRNA.1

What did Dr. He do exactly, and why did he use CRISPR? Dr. He was driven perhaps by a combination of personal ambition and noble intentions. Wanting to solve the large HIV infection problem in China, Dr. He attempted to use CRISPR to engineer babies that are HIV-resistant, which is a rare genetic trait2. Dr. He recruited couples affected by HIV, which causes AIDS. Then, using a widely-accepted and approved in vitro fertilization technique, Dr. He and his colleagues created human embryos. They injected CRISPR components into the embryos to edit them. Specifically, they made changes to disable a gene called CCR5, which allows HIV to enter and infect immune cells. The team then implanted these edited embryos into the wombs of the women to create a pregnancy, which had never been done before3.

Why was Dr. He’s work deemed unethical? According to several news outlets, Dr. He broke many widely-adopted rules:

What’s next? Although the organizers of the summit condemned his work as unethical, they have allowed gene-editing research to continue. They decided that moving forward, they will help shape regulations for safe and responsible gene-editing in human embryos.

What started as a naively noble endeavor has turned into a fiasco with potentially dire consequences. While many scientists around the world have rejected Dr. He’s work on scientific and ethical grounds, they are also stunned and afraid. Will the twin girls be okay? Are there other rogue scientists who will do something similar? What will gene-editing research look like in the future: will it be the “Wild West,” or will governments over-regulate and stifle this research?

I think Christians should also feel uneasy in response to this ethical chaos. As a Christian and biologist, I have my own set of unanswered questions that intersect science, ethics, and theology. How should Christians think about gene-editing in light of this incident? What kinds of roles can Christians play in this new era of possibilities with CRISPR? Most importantly, how do we find hope, and can God redeem this situation?

For Christians, the argument regarding whether gene-editing in human embryos is right or wrong can be especially tricky. The concept of making permanent changes to DNA that have significant, lasting effects outside of the lab may conflict with beliefs about God’s role as Creator. If we are meddling with genetic material, the basic code of life, in a way that affects populations, the environment, and society, does that mean that we are becoming more like God (hinting at the temptation in the garden of Eden)? If we can control more of nature, does that diminish God’s authority and our need to worship Him? Or can it even be possible that this type of work — when guided by firm, well-defined ethics and yielding potentially life-saving results — helps us fulfill our calling to be co-creators with God?

Since the Bible doesn’t provide direct answers to these questions, how Christians think about gene-editing requires open conversation and wisdom. It has been helpful for me to understand the CRISPR technology and discuss this topic with other people. I personally believe researchers should use gene-editing for curing disease, only when no reasonable alternatives exist and according to strict scientific and ethical standards. However, using the tool to create “designer” babies (if this is even possible4) should be prohibited for social and theological reasons.

On a societal level, one can easily imagine massive socioeconomic inequality that could arise if wealthy and powerful individuals select certain desired traits (such as high intelligence, physical longevity, or good looks) for their children. Thinking through the theological implications of creating “designer” babies is a bit more challenging but equally worthwhile. While I believe that the practice of creating genetic superiority opposes God’s heart for diversity, there is certainly a lot more to discuss about how the Christian faith speaks into this issue. For example, how does gene-editing affect the way we perceive our God-given identities and God’s redemptive plan for creation? These are some fascinating questions to explore in future conversations (and perhaps even in a future blog post here on ATN).

In the midst of this dialoguing, there’s something important to keep in mind: even if Christians don’t necessarily agree on the ethics and/or theology of gene-editing, the reality is that someone has already attempted to make CRISPR babies. Since Dr. He’s experiment opened up a Pandora’s box, the truly pressing question is “now that we can actually genetically engineer babies, how can this be done safely and responsibly?” It is my hope that Christians who are scientific and/or policy experts will integrate God’s love, justice, and compassion into future guidelines for gene-editing.

For those who are not in the sciences or policy, I think there is still an important takeaway. What’s striking about the CRISPR baby incident is that Dr. He justified his work, saying he wanted to help people affected by a horrible disease. But the way he conducted his work was completely irresponsible and defied established laws and norms.

This behavior sheds light on an important lesson: as Christians, I hope we will always strive to do work solely for the glory of God. While social impact can certainly motivate our work, I think Christians should reflect even more carefully on what is truly motivating us to do what we do. Rather than asking “What can I do for the world?” I would encourage us to ask, “How can God use me to fulfill His purpose(s) in the world?” When we approach our work with humility, we bring the kind of integrity, peace, and hope that the world is seeking.

To be honest, I don’t know what the future holds for CRISPR research and genetically-modified babies. While I believe that God can redeem the recent incident, what that looks like is a mystery that will unfold in its proper time. I do know, however, that in an uncertain future, we as Christians can be assured that God is using every person and situation for His purpose. Our responsibility then is to be aware of how our actions impact the people around us and honor God in our work. As 1 Corinthians 10:31 says, “So […] whatever you do, do all to the glory of God.”

3While gene-editing embryos has been done before, previous studies by various researchers have never attempted to implant them for a viable pregnancy.

*I have based this article primarily on news by AP News and NPR. I would highly recommend reading multiple sources and perspectives. As a starter, here is a short list of articles about CRISPR and the incident: